We are located in a beautiful
area known as the Ozarks 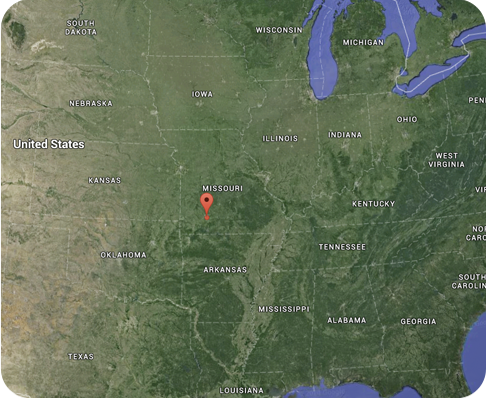 CONTACT US
SEND THIS FORM
THE MEDICAL NEWS
Switzerland will decide on Wednesday on further relaxations of restrictions brought in to stem the spread of the new coronavirus, including how to reopen nightclubs and football stadiums, the Neue Zuercher Zeitung paper reported.... A French consortium said on Wednesday that it was stepping up its previously announced plans for a saliva-based screening test to detect COVID-19, by joining up with medical laboratory and diagnostics group INOVIE.... Novartis said on Wednesday that an older leukaemia drug it is re-purposing for multiple sclerosis halted disease activity in many patients during the first two years of injections as the Swiss drugmaker takes aim at Roche's lucrative Ocrevus infusion.... Paola Berardi, 70, and her husband Mauro have taken care of their two grandchildren every weekday for the past decade while their daughter went to work in a chemical company. Every summer, they decamped with the twins to a seaside resort on the northern Italian coast.... Sanofi will raise over $11 billion from the sale of 21.6 million shares in its U.S. partner Regeneron , the French drugmaker said on Wednesday, adding it would use the proceeds for innovation and general growth.... Here's what you need to know about the coronavirus right now:... Roche said a new port delivery system (PDS) for its eye drug Lucentis was as good as monthly injections in blindness-causing macular degeneration, as the Swiss drugmaker aims to refresh its older blockbuster medicine as new rivals press in.... Thailand on Wednesday reported nine new coronavirus infections, bringing its total to 3,054 confirmed cases. There were no new deaths reported.... New diagnoses of one of the deadliest cancers fell by one-third in March and April as U.S. physicians and patients halted appointments and screenings during the COVID-19 outbreak.... South Korea reported the highest daily number of new coronavirus cases in 49 days on Wednesday, as one of the country's largest e-commerce companies battled an outbreak linked to a now-shuttered logistics facility.... The number of confirmed coronavirus cases in Germany increased by 362 to 179,364, data from the Robert Koch Institute (RKI) for infectious diseases showed on Wednesday.... Australia recorded its youngest victim of COVID-19 after a 30-year-old man with underlying health conditions died in Queensland state, having shown symptoms of the disease for weeks but without getting tested, officials said on Wednesday.... Twenty U.S. states reported an increase in new cases of COVID-19 for the week ended May 24, up from 13 states in the prior week, as the death toll from the novel coronavirus approaches 100,000, according to a Reuters analysis.... U.S. pharmacy chains are preparing a big push for flu vaccinations when the season kicks off in October, hoping to curb tens of thousands of serious cases that could coincide with a second wave of coronavirus infections.... China reported 1 new confirmed coronavirus case in the mainland as of end-May 26, up from 7 a day earlier, the National Health Commission reported.... Mexico registered 501 new deaths from the coronavirus on Tuesday, its biggest single-day increase in fatalities yet, as the jump in new cases also set a record.... Brazil deaths by COVID-19 reached 24,512 on Tuesday, with 1,039 new deaths over the last 24 hours, the health ministry said.... Brazilian nurse Rusia Goes gave birth while unconscious and breathing through a ventilator tube in April as she battled severe COVID-19 symptoms.... The World Health Organization (WHO) on Tuesday promised a swift review of data on hydroxychloroquine, probably by mid-June, after safety concerns prompted the group to suspend the malaria drug's use in a large trial on COVID-19 patients.... The World Health Organization has suspended testing the malaria drug hydroxychloroquine in COVID-19 patients due to potential safety risks but other studies testing the medicine are continuing....